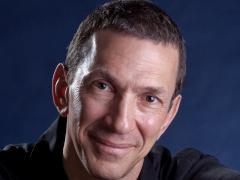 Heralded by the Los Angeles Times as “. . .a shining example of podium authority and musical enlightenment,” Neal Stulberg has garnered consistent international acclaim for performances of clarity, insight and conviction. Since 2005, he has served as Professor and Director of Orchestral Studies at the UCLA Herb Alpert School of Music. From 2014 to 2018, he served as Chair of the UCLA Department of Music.

An acclaimed pianist, Stulberg has appeared as recitalist, chamber musician and with major orchestras and at international festivals as pianist/conductor. His performances of Mozart concertos conducted from the keyboard are uniformly praised for their buoyant virtuosity and interpretive vigor. In 2011-12, he performed the complete Mozart sonatas for violin and piano with violinist Guillaume Sutre at UCLA’s Schoenberg Hall and at the Grandes Heures de Saint Emilion festival in France. He recentlty performed throughout South Africa on a recital tour with saxophonist Douglas Masek.

A native of Detroit, Stulberg is a graduate of Harvard College, the University of Michigan and the Juilliard School. He studied conducting with Franco Ferrara at the Accademia Nazionale di Santa Cecilia in Rome, piano with Leonard Shure, Theodore Lettvin, William Masselos and Mischa Kottler, and viola with Ara Zerounian.