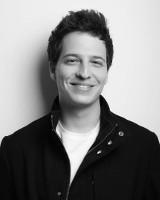 مجالات التعليم:
Cross-Disciplinary Singing
Gabriel is a French-Israeli singer-songwriter. He was born in Brussels, and at the age of 9 he immigrated to Israel. Upon graduating from the Jerusalem Academy of Music and dance, he was first exposed on The X Factor Israel program, where he reached advanced stages and aroused great curiosity. Shortly after the show, he began performing around the country.
His first album, which he worked on with the most esteemed musicians and writers in the music industry(Omri Agmon, Tal Raviv, Gilad Shmueli), was released in 2017. His second Ep album "Allez Vas Y" was released in march, 2020, and today he is currently working on new songs and searching for new collaborations for his next album.
Ten years ago, while working on his music, Gabriel also specialized, under the guidance and tutoring of Mr. Ofer Callaf, in voice training and contemporary song. Since then Gabriel has instructed actors, singers, composers and vocal groups, and helped them find their place in the world of music.
More can be learnt about Gabriel's work in the field of voice training on his page in Instagram and Facebook - @vocalcoachisrael.
روابط:
Gabriel's Website
Gabriel's voice training on Facebook
Gabriel's voice training on Instagram
للمشاركة: