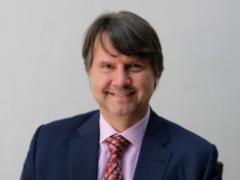 Dr. László Norbert Nemes, Director of the International Kodály Institute of the Liszt Ferenc Academy of Music in Hungary. At the Liszt Academy he lectures in Kodály’s educational philosophy, teaching methods and choral conducting. He has been artistic director of the New Liszt Ferenc Chamber Choir, the artist-in-residence choral ensemble at the Liszt Academy. As a music pedagogue and conductor, he has held workshops, master classes and seminars all across Europe, in Australia, Brazil, Canada, the People’s Republic of China, Indonesia, Japan, the Korean Republic, Malaysia, The Philippines, Republic of China/Taiwan, Singapore and the United States of America several times. In recognition of his artistic activities he received the Bartók-Pásztory Award in 2005. In March 2017 he was decorated with the Golden Cross of the Hungarian Cross of Merit.

He is vice president of the International Kodály Society, patron of music education at National Youth Choir of Scotland, and honorary member of the British Kodály Academy.