The story begins in August 1932, when the young pianist Yocheved Dostorevsky, who came to Jerusalem from Vienna where she had completed her studies at the Academy for Music and Performing Arts, established a new school for "music and the art of movement."
One of Mrs. Dostorevsky-Kupernik’s first tasks was to obtain support and confirmation that the institution was "under the supervision of the Ministry of Education."Although the Ministry recognized the Academy as an educational institution, thus giving a boost to its growth, it took 21 years before it gained full recognition as an institute of higher education.The starting point of the educational program was, according to Dostorevsky-Kupernik:"to train educated musicians and dancers, with broad knowledge of their profession,  able to think, and setting themselves ideals and values towards which they strive." 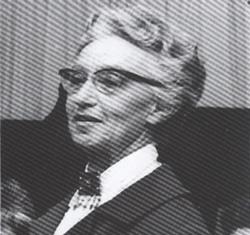 Mrs. Dostorevsky-Kupernik, who had considerable experience in public work (serving in the past, among other things, as a commander in the Haganah and as a producer of musical programs for the radio), succeeded with great resourcefulness in overcoming the many problems of establishing the Academy.For her activities and her life's work, she was later honored with the Yakir Yerusahlayim award as a "distinguished citizen of Jerusalem."
The first classrooms were rented in an existing school (Beit Hinuch Arlozorov), and when the number of students increased, the Academy also rented the Schmidt building in Hillel St. (today Maale School).The first musical instruments were hired by the Academy and were originally abandoned property.The idea of teaching students to play the piano in groups, introduced by the talented school principal, helped to increase the number of students at a time of economic hardship, and also proved itself in pedagogic terms thanks to the natural competition that developed among the students.
When the premises once again became too small, Samuel Rubin, president of the Norman Foundation (today the America-Israel Cultural Foundation), came to the assistance of the Academy and contributed a large sum of money to purchase a villa in Smolenskin Street.The building was converted to meet the needs of the Academy, and was inaugurated in 1958, with the participation of Prime Minister Golda Meir, Mayor Teddy Kollek and other dignitaries.At the ceremony, the Academy was given a new name:the Rubin Academy of Music in Jerusalem. 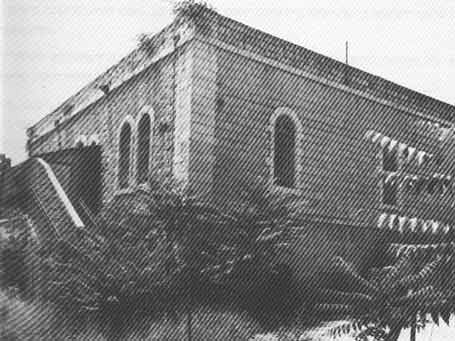 The first Academy and Conservatory building on Hillel Street

In this year, the Academy inaugurated a unique framework of external studies, hosting creative and performing artists from all around the world, coming to teach and share their experience with students and artists in Israel.Among the many famous artists that the Academy has been privileged to host in this framework are Martha Graham – the "high priestess of dance," pianist Nadia Reisenberg, singer Jennie Tourel, and others.
This was also the year that the Academy library was established, managed for 35 years by Mr. Claude Abarbanel.Over this period he collected books, journals, scores, first editions and other special and rare items that are now to be found both in the library and in the Israeli music archives, founded in 1988. Today the library's collection of scores is the largest in the country, and also includes a listening room fitted out with sophisticated equipment. 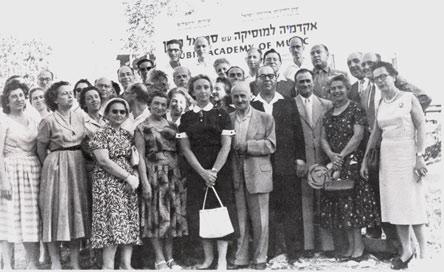 Cornerstone ceremony for the Rubin Academy in Smolenskin St., 1958

Expansion of the Academy's activities meant that more room was required, and in 1959 Hillel House in Balfour St. was purchased, and was used alongside the existing building.When Prof. Hassia Levy founded the Department of Dance in 1960, the name of the Academy was changed for the third time, and it has been called ever sincethe Jerusalem Rubin Academy of Music and Dance.Prof. Hassia Levy based the curriculum of the Department of Dance on Martha Graham's new method, and at the same time fostered the innovative art of movement, the study of dance according to movement writing, and the teaching of choreography.
The same year also saw the establishment of the music track high school, whose first principal was Moshe Hilman.The intention was to make music and dance an integral part of everyday activity in the regular school framework.The high school is still in operation, together with the Conservatory and Academy of Music, all under one roof and under joint management with regard to both organizational and professional issues. 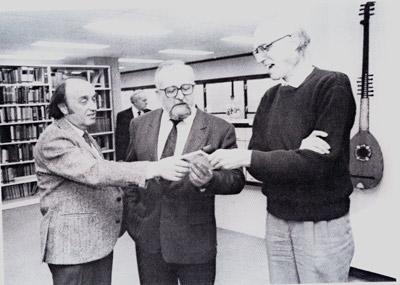 Krzysztof Penderecki with Prof. Mark Kopitman and Claude Abarbanel, founder of the library

At the beginning of the 1960s Mrs. Yocheved Dostorevsky-Kupernik began to put together a unique collection of popular and artistic musical instruments, with the aim of creating a source of attraction both for students and for visitors from Israel and abroad.The instruments came from private collections, such as that of conductor Sergei Koussevitzky, and also from various countries that were asked by the Ministry of Foreign Affairs to participate in an exchange of musical instruments with Israel (such as Romania, Ghana, Colombia, Nigeria and others).
In 1963, an international conference was held at the Hebrew University campus at Givat Ram on the subject of "East and West in Music," with an exhibition of musical instruments illustrating the connection between East and West.After the conference was over the exhibition remained on display at the Academy, quickly developing into a little museum of musical instruments.The museum is currently housed on the ground floor of the Academy of Music, and contains 500 instruments displayed according to their country of origin. 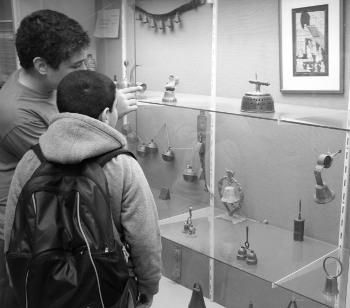 from the Museum of musical instruments

Since its establishment, the Academy has emphasized both artistic creativity education and teaching.In 1980, following a request by Mrs. Michal Zmora-Cohen, head of the Academy at the time, to the Minister of Education and Culture, Mr. Zvulun Hammer, a subcommittee of the Council of Higher Education came to the Academy to see the standard of studies in the department for itself.Following this visit and the subsequent discussions, the Academy was authorized to award an academic degree from the Department of Teacher Training.
In 1985 the Academy moved to the Hebrew University campus at Givat Ram.Although the Academy is an independent institution and is not part of the Hebrew University, academic collaboration between the two does exist and is expressed, among other things, in the BA and MA.Mus degrees awarded jointly by the two institutions.In 2002 the High School of Music and the Conservatory also moved, together with the Academy, to a new building donated by Younes and Soraya Nazarian family from Los Angeles.
During the years of its existence, the Academy has flourished and succeeded.Its graduates fill concert halls in Israel and around the world and hold key positions in centers of musical policy.Its teachers are very successful and their names are carved into the foundation stone of musical life.Faithful and loyal public figures have led the Academy on its way, and a dedicated management has maintained the quality of its teaching and balanced its finances.As a result, the Academy is situated on the forefront of academic and artistic activity in Israel.