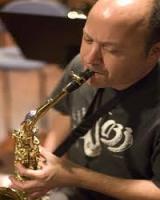 Supported by The Israel-America Cultural Foundation he continued his studies at the Mannes College Of Music in New-York. His terminal years of studies took place in Paris with Jean-Michel Goury. In 1994, the late Israeli Conductor, David Shallon, invited  Lev to perform With The Jerusalem Symphony Orchestra. Since  than, he played with most of Israels chamber & symphony orchestras. Gan Lev played many contemporary pieces as Israeli Debut.

Establish/ex member of Ensemble Nikel and a member of Ensemble Tempera and the Tel- Aviv Saxophone Quartet. First – call Saxophonist with the Israeli Opera Orchestra and the Israeli Philharmonic Orchestra, with whom he tured Europe, U.S.A, India, Japan, Thailand and Australia. In 2000, Gan Lev started the first Israeli classical - saxophone class, at The Jerusalem Academy of Music and Dance.