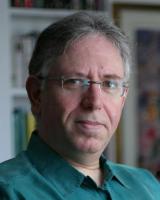 Born in Haifa, 1956.  B.A. from the Tel-Aviv University, and Diplome in Early-Music (both Recorder and Baroque-Flute) from the Royal Conservatory in The Hague (Netherlands). Winner of the Francois Shapira Prize (1978) and the first Cylinder Prize of Omanut La'am (Israel's Arts' Network)(1982).

Prof. Melzer designed and directed special productions for all Israeli festivals as well as for Cervantino Festival (Mexico), Barcelona Festival (Spain) and Bnei-Brith Festival (London). Served as Music Director of the Neve-Zedek Theatre 1981-83.  Artistic Director of the Voice of Music in the Upper Galilee Festival (Kfar Blum)  2000-2010  and of the Renaissance Festival in 2005. Gave Master classes in N.Y. University, Boston University, the Paris National Conservatory and numerous venues in Israel including the Tel-Aviv Academy and the Jerusalem Music Center.

Recorded more than 80 Discs including his own arrangements of Bach's Organ music (the Melzer Consort) and Yehezkiel Braun's Flute Concerto (for Schwann-Koch Label).

Three of his students won the Francois Shapira Prize. Many of his students are the winners of the Academy's competitions all through the years and played as soloists with orchestras including the Israel Philharmonic.

Michael Melzer is considered to be the father of artistic Recorder-playing in Israel as well as a most prominent artist of the Early-Music scene in Israel.