Dina Turgeman was one of the important piano teachers in Israel. She taught many generations of students, including some of the best musicians in the country. Her children donated the funds from the prizes are awarded and with which eternal judges are invited.

Born in 1922 in Frankfurt, Germany, one year later her family moves to Luxembourg where Dina spent her childhood and adolescence, until 1941. She began studying piano at the Luxembourg Conservatory and continued to the National Conservatory in Brussels. Throughout her school years she won first prizes in leading competitions and played in concerts that were broadcast across Europe. During her studies she was received the honor of Queen of Belgium's patronage.

During the Second World War, Dina tried to flee to France, Belgium and Switzerland. Finally she was hidden as a sister in a convent near Liege in Belgium, where she was responsible for playing the organ at Mass every morning. In 1949 she was sent to Israel to give concerts in the nascent State. In 1950 she married in Israel, but she remained European – in speech, conduct and dress, until her final days.

Music was at the center of Dina's life. She played chamber music with the best musicians from Israel and abroad while teaching piano to students from all over the world including Juilliard, the Metropolitan Opera and other musical institutions. Dina developed a unique teaching method that allowed musicians to reach their full potential, above and beyond expectations. Familiar names such as Ethan Globerson, Zvi Semel, Astrit Balzan, Adi Rosenkranz, Michal Tal, Revital Hachamoff, Leora Cohen and many others were students who continue her musical heritage and bequeath it to new generations of musicians. Until the age of 88 she continued to give lessons to pianists who came for final before polishing concerts, even when she could no longer play.

Dina passed away in 2014. May her memory be blessed. 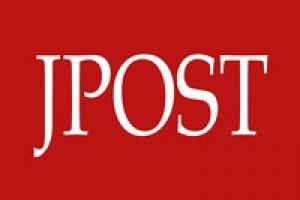 Haaretz
2015
Connecting Through Music in Israel and Germany