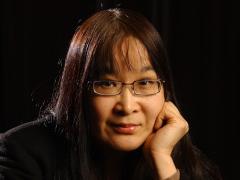 Kyoko Hashimoto studied at Toho-Gakuen in Tokyo, the International Menuhin Music Academy, Indiana University and the Juilliard School. Among her teachers were György Sebök, Menahem Pressler, and Ferenc Rados. She has been regularly performing throughout the world, so far in more than 35 countries, including many major cities and halls. She has performed as well many duo recitals with many artists such as Ruggiero Ricci(Vn), Thomas Zehetmair(Vn) and Antonio Meneses(Vc), and chamber music with Sandor Vegh(Vn) and many other prominent artists.

She has recorded many times for TV and radio as well as for dozens of CDs of wide repertoire. She is Professor of Piano at Schulich School of Music of McGill University in Montreal, Canada, and was on the faculty of the Utrecht Conservatory in Holland, guest Professor at European Mozart Academy and many other institutions in the world. She has served as an International Jury member for many international competitions such as the Gina Bachauer competition, and has also given master classes at major institutions all over the world.