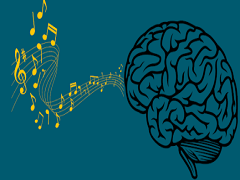 The Dance Ensemble of the Faculty of Dance at the Jerusalem Academy of Music and Dance, artistic director: Melanie Berson

The Dance Ensemble of the Faculty of Dance at the JAMD is a repertoire dance group. The ensemble performs works by contemporary Israeli and international choreographers, as well as original works commissioned by the ensemble. The ensemble participants are outstanding JAMD students, who, in addition to their undergraduate or graduate studies in dance, devote time and resources to specialize in performing a repertoire with a rich and varied range of dances.

Yifat Prut is a professor at The Hebrew University and The Edmond and Lily Safra Center for Brain Sciences. She studies how the nervous system controls voluntary movements with a specific interest in the timing of movements. Her research focuses on interactions between different areas of the brain during preparation and execution of movements.

Eli Nelken is a professor of brain sciences and the director of The Edmond and Lily Safra Center for Brain Sciences. He studies how sounds become meaningful in animals as well as in humans, using electrophysiological, imaging, and behavioral approaches. In addition to his scientific interests, Nelken enjoys playing the piano.

Eitan Globerson is a professor of conducting and piano, and chair of orchestral conducting at the Jerusalem Academy of Music and Dance.

Globerson conducted and played as a soloist with orchestras in Israel, including the Israel Philharmonic Orchestra, as well as orchestras in Europe, the United States, and the Far East.

In addition to his musical activities, he is also active in scientific research, and holds a PhD in Brain Sciences

Omri Mor is a pianist, composer, arranger, and multidisciplinary musician of classical music, jazz, and Arabic-Andalusian, Latin, and African music. He teaches at the Rubin Academy of Music in Jerusalem. Mor plays in various ensembles under his leadership, and also collaborates with artists, ensembles, and orchestras in Israel and around the world.

The Oriental Music Ensemble is a traditional Arabic music ensemble (Takht), comprised of Jewish and Arab students, which plays classical Arabic music. The ensemble represents the Department and JAMD at various events and takes part in educational activities outside of the academy.

In the twenty years since its establishment, the Oriental Music Department has produced new generations of musicians, artists, composers, and educators. Most of the leading Arabic musicians in Israel today are graduates of the Department.

Brains and Rhythms: Presentation and demonstrations by Prof. Yifat Prut