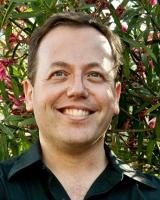 Dr. Avi Bar-Eitan is a composer, arranger, conductor, researcher, and lecturer. He received his Ph.D. in musicology at the Hebrew University, and his M.A. and M.Mus degrees and Artist’s Diploma from the Hebrew University and the Jerusalem Academy of Music and Dance. Dr. Bar-Eitan’s doctoral work dealt with the evaluation of “the gray area between the art, folk, and popular in the Israeli song.” His research interests span musicology and ethnomusicology and include communal singing (shirah b’tzibbur) in Israel today and its role in creating communal and individual identities; the concept of steyger and maqam in vocal and instrumental music of Ashkenaz and Sepharad; musical analysis of Israeli song; and the musical style of Yair Rosenblum.

Dr. Bar-Eitan is the head of the Institute of External Studies at the Jerusalem Academy of Music and Dance. He is also a lecturer at the Academy in harmony, counterpoint, acoustics, computers in music, Hebrew song, and other subjects. Dr. Bar-Eitan teaches the Aural Musicianship courses at the Hebrew University and works as a researcher at the Jewish Music Research Center. In addition, he is a lecturer at Musrara – The Naggar Multidisciplinary School of Art and Society, and has lectured at various conferences in Israel and abroad.

Dr. Bar-Eitan composes chamber and orchestral music and music for theatre and film. He performs in many ensembles and collaborates with numerous artists. He has composed music for more than twenty plays, as well as a musical, soundtracks for documentary films and radio programs, music for the Playback Theatre, music for dance, and electronic music. Bar-Eitan has produced, arranged, and participated in over thirty recordings. He also wrote numerous songs and song arrangements for the educational program, “Talam,” which is used in more than 350 schools throughout the U.S. and Canada. He has also conducted and directed youth programs with the Raanana Sinfonietta and has conducted various choirs and chamber ensembles.