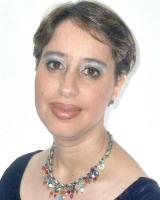 Netta performed recitals, chamber music (Israel and Europe), among others with the Nuance Ensemble and as a soloist with the Galatea Quartet and the Millenium Ensemble. She has played with most orchestras in the country, including the Jerusalem Baroque Orchestra, the Israeli Chamber orchestra, the Jerusalem Symphony, the Beersheva Sinfonietta and the Tel Aviv Soloists. She took part in Abu Gosh Festival, the Jerusalem Artists Festival, “Upper Galilee Music Days”(1997,2004) and in the Israel Festival (2005) as a soloist.

In 1995 she was the musical director of the play “the Jasmin Bush”.
Netta has been part of the staff of the Jerusalem Early music Workshop since 1987. She was the accompanist for the Spring Competitions, held in Tel Aviv, and for master classes in the Jerusalem Music Center. In 1993 she started baroque coaching in the Jerusalem Rubin Academy of Music and Dance, cooperating with Prof. Michael Melzer and the Faculty of the Performing Arts ever since.