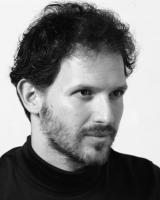 Earned his master's degree in conducting from the Jerusalem Academy of Music, where he studied with Dr. Yevgenii Zirlin, Prof. Mendi Rodan and Aaron Harlap. He studied piano with his father, Chanan Shomrony, violin with Osnat Yechiely and Prof. Haim Taub as well as voice with Marie-Claire Sillon and Marina Levitt.

Encouraged by the conductor Tamir Hasson, Oded turned to conducting at the age of seventeen, serving as Hasson’s assistant at the annual International Opera Workshop in Tel-Aviv. Oded has since served as conductor of the Moran choir, musical director of the Oratorio Singers of Jerusalem choir, the Adi choir, the Open Concert project and the Thalamus vocal quartet, where he also acts as the ensemble's baritone.

Oded conducted various orchestras, including the Israel Camerata Jeruslaem and the Israel Chamber Orchestra, and As of 2004 he has been teaching at the Jerusalem Academy of Music.