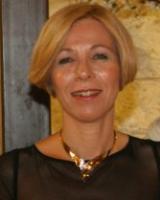 Pazit Gal received her BA in Piano and Musicology (1983) and her MA in Chamber Music and Accompaniment (1986) from the Academy of Music, Tel Aviv.
In 1982, Pazit won 1st prize playing in the Chamber Music Competition (Academy of Music, Tel Aviv). One year later, she was chosen to be one of the judges in the same competition. Because of these achievements, she quickly found herself working for the Academy Opera productions as their pianist.