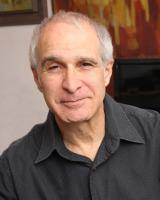 Michael Wolpe, a composer and teacher, was born in Tel Aviv in 1960, a member of Kibbutz Sde Boker. He studied composition at the Academy of Music and Dance in Jerusalem and at the Cambridge University, United Kingdom. Wolpe had completed his PHD dissertation ("The British Symphony in the second half of the twentieth century"), in the Department of Musicology at the Hebrew University, Jerusalem. Wolpe teaches as a professor at the Jerusalem Academy of Music and Dance, and since the beginning of the academic year 2019-2020, he has served as the dean of the Faculty of Multi-disciplinary Music. He teaches at several schools and institutions in Jerusalem and the Negev region.

He won the ACUM Prize for Artistic Achievement in 2009 and the Rosenblum Prize for the Performing Arts of the City of Tel Aviv in 2010 as a tribute for his achievements as an artistic director and a composer. In 2014, he won the Prime Minister's Prize for Composers for the second time. In December 2018, he was awarded the Minister of Culture "Yitzhak Navon Prize", for his contribution to the cultivation of Jewish and Israeli culture. In the years 2015-2016, Wolpe served as a Chief Conductor and Artistic Director of the Ashdod Israeli Andalusian Orchestra. Today he continues to lead the "Sounds in the Desert" festival, at Kibbutz Sde-Boker in the Ramat Ha-Negev Regional Council, dedicated to Israeli music in all its shades and styles, founded in the Ramat He-Negev Regional Council in 1998. He also serves as artistic director of the Jerusalem Theater About its founders before in 2013.

Over the past two years, Wolpe has completed three community-oratorios dedicated to the Jewish-Spanish Golden Age Poetry, and a series of sonatas for two instruments, including a sonata for double bass and piano, a sonata for mandolin and guitar and a sonata for two pianos. All these compositions were performed at the "Sounds in the Desert" festival 2019. For the past decade, Wolpe has been associated with the Israel Philharmonic Orchestra both in his creative work and in his educational work. Two of his works, conducted by Omer Meir and Wellber, were performed by the orchestra and recorded for albums: In the 2014 season, the seventh poem "Releasing of Vows".  In 2015 the second poem "The Return of the Jackals" was included in the orchestra's program at the "Dresden Music Fest" in Germany.

In early 2020, he completed a new orchestral work “Overture in Memory of a Hero” dedicated to the two hundred and fifty years Beethoven’s birth anniversary. The overture has been premiered by the Ra'anana Symphony Orchestra. Among his recent works are two new orchestral works commissioned by the Jerusalem Symphony Orchestra and the Netanya Kibbutz Chamber Orchestra in the 2020-2021 season. Recently Wolpe has also completed a new quintet for piano and strings, based on songs by the Israeli poet Naomi Shemer.